Category : Australia Attractions - By Unknown - At 11:58 PM / Monday, September 29, 2014 - 8Comments - Location: Úc
The following are the abandoned places in Australia.

This power station was undergoing construction in the year 1946. 1t was built because as it was close to metropolitan population and also was nearby to the railways so that it can supply coal for smooth running and also use sea water for cooling system.

After 1954 South Fremantle power station had a total power capacity of 100MW.

All the part were designed and built in England and later assemble here in Australia. This power station was closed in the year 1985 September and whatever chimney stacks were there in the station were demolished. 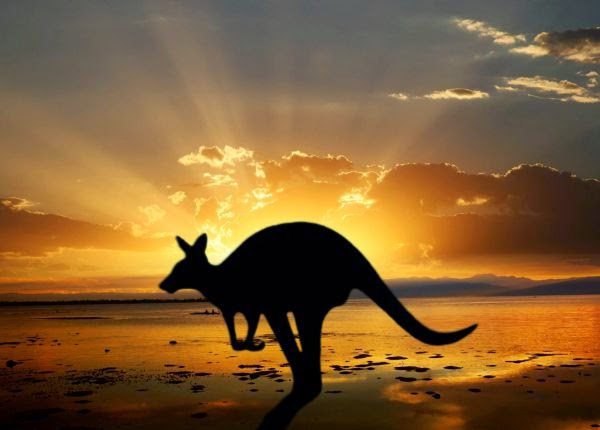 Atlantis Marine Park was constructed in the year 1981 in two rocks place which is a small fishing community that 37 miles approximately from Perth which is the capital of Western Australia.

The park was a major feature of the Alan Bonds Yanchey Sun City plan. These 20,000 acres of land was actually bought by Alan Bond to build a huge resort and hotel. But the park was built expecting increase in tourism across the area so before construction of the park they caught seven bottle nose dolphins and trained them to entertain until the next ten years.


Atlantis Marine Park got closed in the year 1991 due to financial difficulties.

Helensburg railway station has been built in the year 1889 to transport people to the state New South Wales from Illawaraa region. It was abandoned in the year 1915 since a modern station was built 200m north of this station.

Instead of the demolishing the tunnel they left it over by the nature to cover the tunnel with mass and fern which today attract many tourists to this place for taking photographs.


It is a five minutes’ drive from the town Helensburg and a popular venue place for railway enthusiasts and urban explorers who are eager to document the hidden history.


St. John’s orphanage also called as the Goulburn's orphanage home was constructed in the year 1909 and opened in 1912.1t only had male orphanage people who are aged between 5 to 16 years. St. John’s was one of the first orphanage to be built and the other one was St. Joseph’s girl’s orphanage which was built in 1906.


These orphanage people are foundling orphanage as one of the parents was alive for everyone. These children were often treated to abuse, labor and beatings. Limited clothing was washed once in a week and toilets were also small.


The place St. Johns orphanage got shut in the year 1975 as most of them got fostered by the people living in around the surrounding areas and a memorial was proposed to be built in 2007 at Victoria Park for those who were living in this Goulburn's Orphanage home.

Amelia Verona is a Blogger and loves to write articles on various categories like Travel, Lifestyle, Food, Fashion, Insurance and Automotive. She works on behalf of Bahrain visa which provides easy to visit the places in Bahrain. You can contact her at writeameliaverona@gmail.com.

these are amazing and hidden beauty of Australia.
Golden Triangle Tour With Khujuraho

We are a team of professionals with many years of experience in the manufacturing of Authentic High Quality documents such as Genuine Data Base Registered and unregistered Passports and other Citizenship documents. We can guarantee you a new Identity starting from a clean new genuine Birth Certificate, ID card, Driving License, Passports, Social security card with SSN, credit files, and credit cards, school diplomas, school degrees all in an entirely new name issued and registered in the government database system.


You can contact us directly to get the additional information and place the order through the bellow address..

All these places sounds attractive. I would love to explore all of them.
My husband and I will be visiting Sydney in September and we need a recommendation for hotel we can enjoy in great bars and restaurant. I am considering The Old Clare Hotel and it seems very interesting.
Any personal experience?

This blog is amazing, it is shame that so many people ruin the comments with stuff that isn't related. Keep up the great job and great information. Thanks and keep up travel life.