Siem Reap, which is a province in northern Cambodia, is a popular tourist destination and is also the gateway to the Angkor area. Siem Reap brings about a mix of colonial architectures of the French and the ancient features of China. If you are considering about a trip to Siem Reap, please read following Cambodia travel guide to improve your knowledge of Siem Reap’s tourist attractions and cuisine to make you less confused when you first come to this place.

Firstly, here, there are many museums and interesting traditional culture performances of with the famous Apsara dance which is typical for Cambodian people. Siem Reap has a wide variety of souvenir shops, handicrafts and agricultural products such as rice, grain from farms and coastal fishing villages. When you schedule to explore Cambodia, spend 2/3 of your time visiting the tourist city of Siem Reap which is home to temples built in the 8th century, such as Angkor Wat, Angkor Thom, Bayon, Ta Prohm ... This is the city where many of the oldest buildings in Cambodia are built with the unsolved mystery of the way they transported giant stones to build the majestic temples. Besides, fresh air, friendly people and the typical Khmer culture will make you totally satisfied 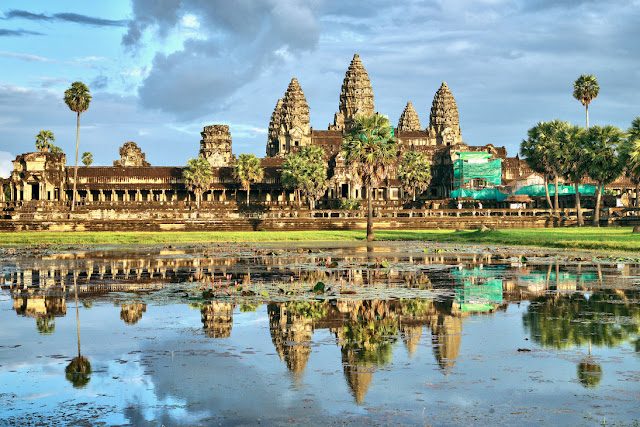 Also known as an ancient temple Angkor Wat, it was the site of the capital of the Khmer Empire. This is one of the most important monuments in Cambodia which is considered as the ultimate Khmer art and architecture. Angkor in Siem Reap is a symbol of Cambodia, a masterpiece of architecture and unique art which has gone into legend. Featured in Angkor, there is Angkor Wat, a place to keep more than 1,800 different statues built from 5 million tons of sandstones. Not far from Angkor Wat, Angkor Thom, the last capital of the Angkorian Empire in which the most famous temple is the Bayon, a three-floor tower with 216 giant mysterious smile faces. Therefore, visiting Angkor, tourists feel like being lost in an ancient world marked by solemn and miracle temples 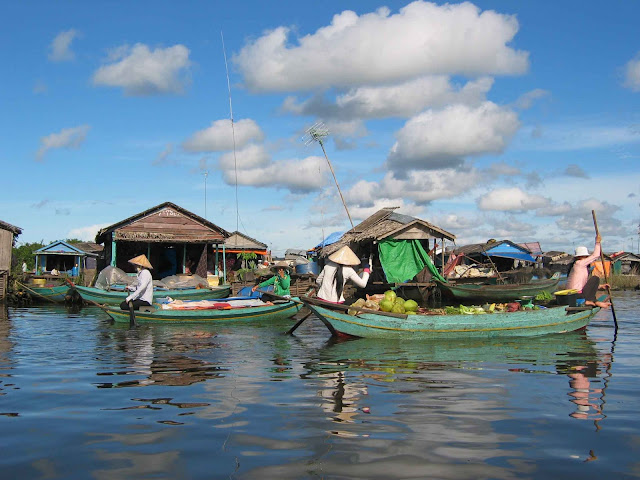 Tonle Sap Lake in Cambodia which is a combined system between lakes and rivers has a great importance for Cambodia. This is the largest freshwater lake in Southeast Asia and is a UNESCO World Network of Biosphere Reserve in 1997. Tonle Sap means "large freshwater river" but is usually translated as "Great Lake" in other languages 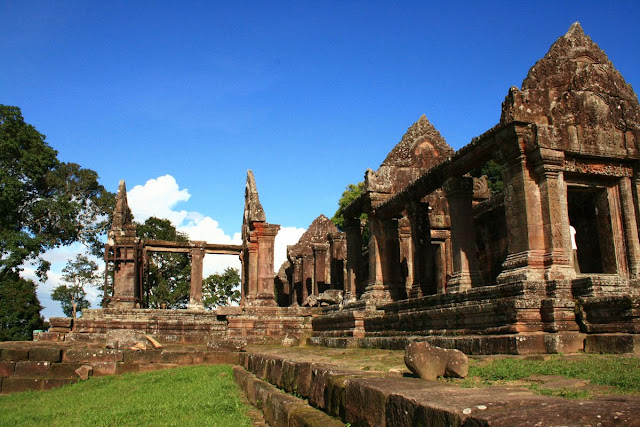 It is a temple (Angkor) which is located on a ridge of Dangrek mountain in Thailand, along the border with Cambodia. This temple is taken as a name for the Preah Vihear province, where it is located. 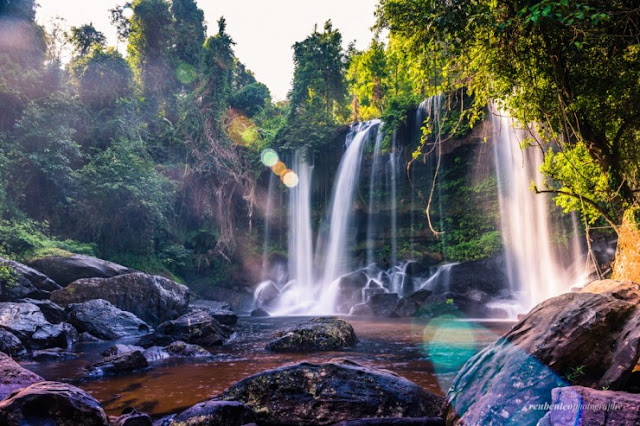 Away from Siem Reap City 50 km is the first capital of Angkor dynasty during the reign of King Jayavarman II built in 802. It is located on the hill Mahendra in a wide virgin forests with the length of 37,500 ha and many species of wild animals. From the summit, there are clear streams which are considered original places of the Siem Reap river. On Mahendra Hills, Jayavarman II declared the independence of the Khmer kingdom and chose this place as the first capital. They call this period the "Southeast Asia in the shadow of Angkor". From atop the hill, visitors can see the entire Angkor park . 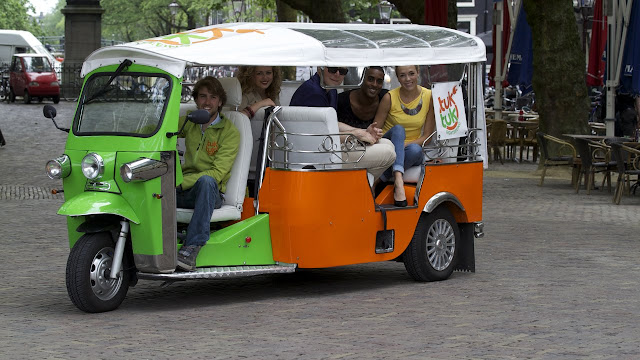 Tuk tuk is a local car. You can use it to visit Siem Reap. Surprisingly, the cost for each trip is only $ 2 and the driver can become "the best tour guide” you can find in Siem Reap because they almost know all the roads around here. Traveling around Siem Reap will be more interesting and memorable in a Tuk tuk car. 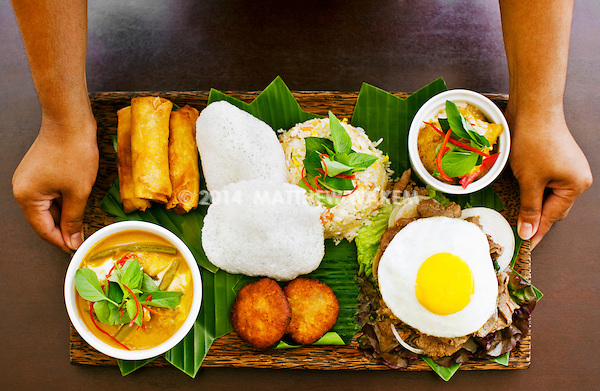 Cuisine here is very rich and diverse with delicious Khmer dishes as well as Vietnamese, Thai, European dishes ... Because this is a tourist city, you can enjoy many kinds of food from other Asian countries. Especially, you should try to eat Amok which is the dish with full of flavors of fatty sweetness of palm sugar and coconut milk, fish sauce and banana leaves. In Cambodia, you can use US dollars or Cambodian currency “Riel” to pay for a delicious meal such as Amok or curry only with 2$ - $ 5. If you eat in the markets instead of the tourist streets, the prices will be cheaper.


See more : Top thing to do in Siem Reap

Before going to Siem Reap, it is strongly advised that tourists know and appreciate Cambodian cultures and traditions. Making a careful preparation, reading tour guide book and every necessary thing will make the visit much more wonderful and special. Cambodia is a great country to discover and learn about its unique history and spectacular sceneries./.

This province is very unique because of such monuments of ancient architecture and incredible landscapes, it is clear to you that you have come this way for good reason.