Suggestion of 8 Places for Photography in Phu Yen

Located at An Hai commune, Tuy An, Phu Yen, Mai Nha Isle is favorably compared with the “Robinson” island. Although the Isle isn’t far from the shore, it is an amazing place to explore the primitive beauty of Phu Yen. The best time for a trip to this exhilarating isle is from March to August when the sea is calm. 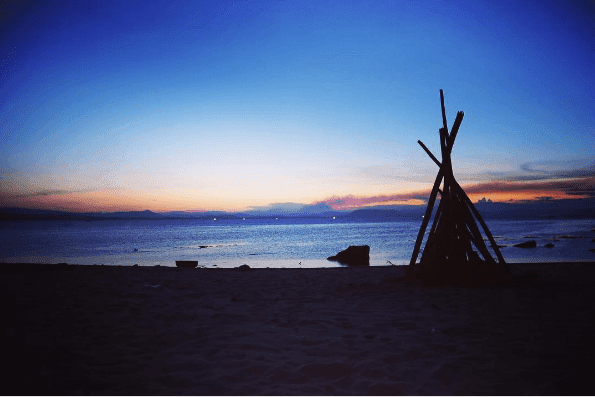 Coming to this breathtaking isle, you will feel absolutely astonished by the magnificent wild nature mountains greenly covered with trees. Especially, there are no tourism services, no electricity, no hotels, lack of freshwater on the island. Therefore, you are required to carefully prepare foods, drinks, tents and gadgets when visiting this isle.

The front beach is the soft white sand with pristine blue water, suitable for bathing when going picnic. Meanwhile, the back beach owns a large rock formation and, 10- meter deep caves near the brink which enable you to go fishing. Furthermore, there are many live coral reefs around the island which promise to drive diving lovers crazy right away. 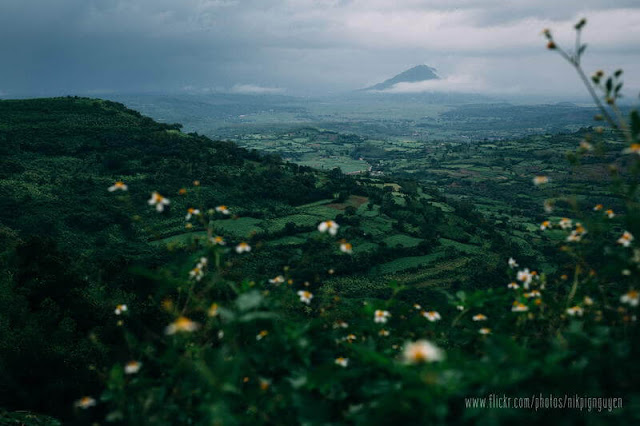 Compared with Da Lat of Phu Yen, Van Hoa Highland belongs to Son Hoa district and includes 3 communes, namely Son Xuan, Son Long and Son Dinh. Located at the height of 400m, Van Hoa is sunny, windy and foggy. Interestingly, it’s always cooler than Tuy Hoa in autumn, so you will see the fog in the morning which is always seen in Da Lat. In addition, this attractive highland is famous for pineapples, jackfruits and special sauce made from these two fruits.

Nhat Son is favorably named as the most beautiful island of Xuan Dai Bay, Song Cau town, Phu Yen. It was naturally sculptured as a letter in the Chinese language as if the mother nature did use a pen to dot a line on the sea. Perhaps, the name “Nhat Tu Son” was adopted from that. 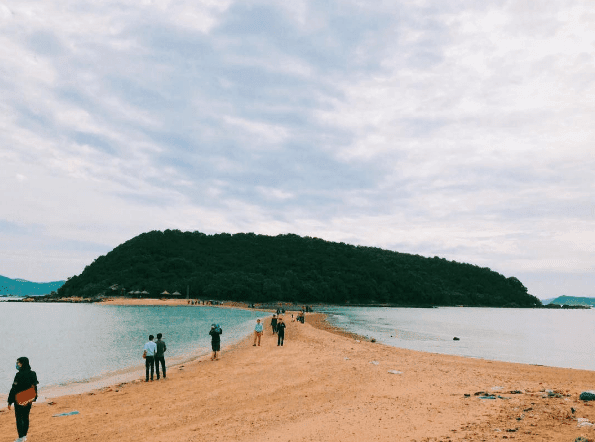 Spreading over the area of about 6 hectares and 300m from the mainland, Nhat Tu Son is connected to the shore by a sand dike which enables tourists to wade or walk to the island by the sea road at low tide. Moreover, it seems to be a huge natural shield from wind and waves, so the local are always see it as the East Sea guarding God.

The scenery on Nhat Son island is like a green primeval garden. The mountain runs straight from the North to the South with the two rugged and upright cliff edges. The western side of the island is sloping slope with trees growing along the edge. Meanwhile, the Southside is rugged cliffs with numerous apricot blossoms and ancient rough apricot blossoms.

Located at the foot of Ca Pass, Nua Island is on the sea border between Phu Yen and Khanh Hoa with the height of 105 meters from the sea level. If you go here with a group of friends, you might stay overnight to set the fire for camp, seafood barbecue and, or even enjoy the cool quiet sea air. 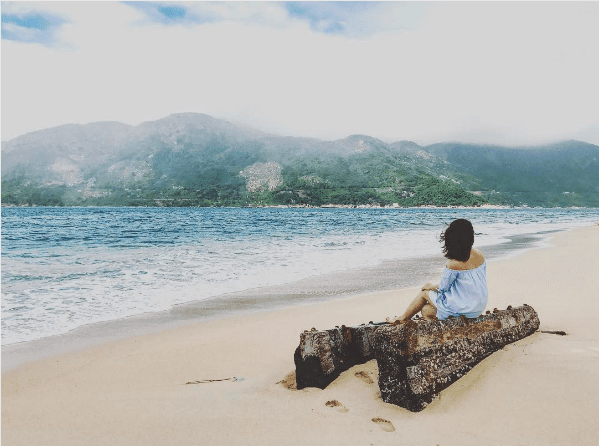 This Island offers a beautiful beach with pristine blue water where you camp. Following the night – shift watcher, you will be taken to Hon Nua lighthouse and held a majestic view of the island. Especially, the warrior is very friendly and hospitable because there aren’t many visitors to the island.
Lying on the border between two provinces has helped Nua Island to catch the attention of tourists. The north side of the island is the high cliffs standing up from the surface of the sea, then, piling up. These huge rugged cliffs definitely give you mysterious feelings. Moreover, the higher you climb up, the more majestic views of the sea you hold.

Taking a view from Nhon Hoi village, you will definitely see two small islands lying next to each other with approximately 100-meter distance to the shore. The big island, which is in the shape of a giant cone with huge precipitous cliffs, is Yen Island. The other is Sun Island. 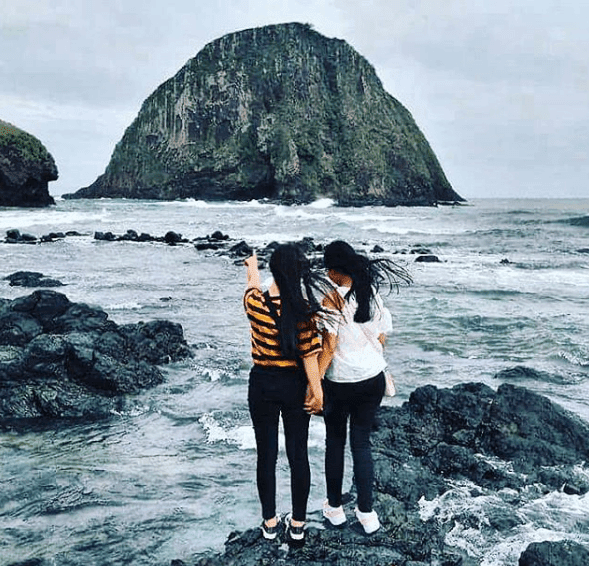 Located in An Hoa commune, Tuy An district, Yen Island is about 20 kilometers from the North East of Tuy Hoa city centre. The foot of the mountain has traces of deep waves while the peak touches cloud sculptured by the nature millions of years ago.

Hon Yen is surrounded by a beautiful marine landscape. In addition to Sun Island, this landscape, which can be divided into three parts, centers with mountains reaching the furthest part of Yen island. This might be the reason why it is named “Ganh Yen”. Especially, it will appear an amazing walking road connecting Sun and Yen Island when the tides go out on the first days of the month. Therefore, you definitely walk along the sea and enjoy colorful coral reefs. 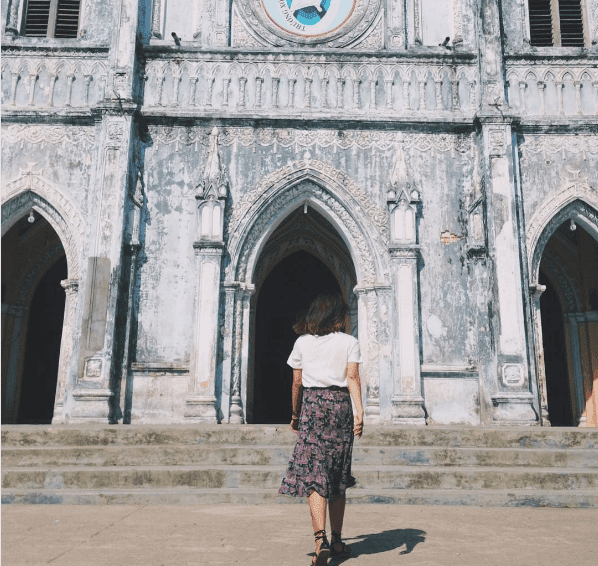 Originally built in 1892, Mang Lang Church was located in An Thach Commune, Tuy An District, about 35 kilometers to the North of Tuy Hoa City. It isn’t only popularly known as the oldest church in Phu Yen but also one of the earliest churches in Vietnam.  Noticeably, this famous tourist attraction is where the speech of Bishop Alexandre de Rhodes (father of Dac Lo) was delivered and the first Vietnamese- written book was kept. 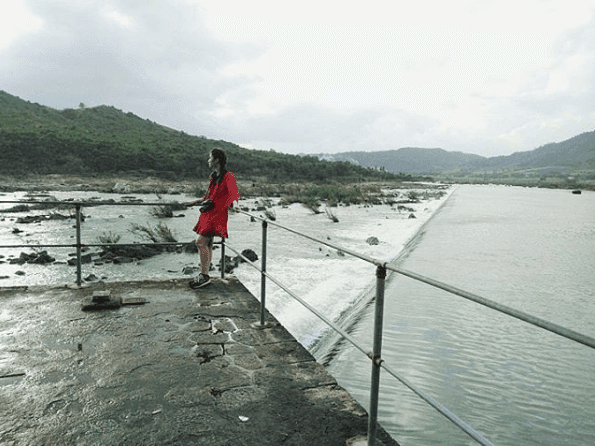 Located in the west of Phu Hoa district, Dong Cam Dam is 688 meters long with more than 2,500 large and small items. Its two main canals, namely North and South, maintain sufficient water supply for irrigation for the paddle rice of 220 square kilometers. In addition to economic values, this dam has strong attractions for tourists thanks to the beautiful view and unique architecture. 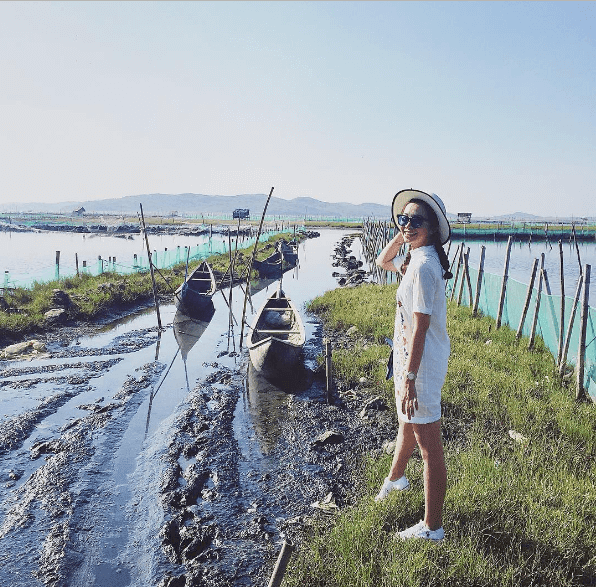 Located at the foot of Quan Cau Pass, Highway 1A, O Loan Lagoon compares favorably with a flying phoenix. This is an attractive destination for those who love to greet the dawn. You can hold a panoramic view of the lagoon by climbing to the peak of Quan Can pass where offers the picture of a large with gentle ripple and gently rolling hills with green cane fields. Moreover, coming here, you can enjoy the special blood cockle which is famous throughout the country.