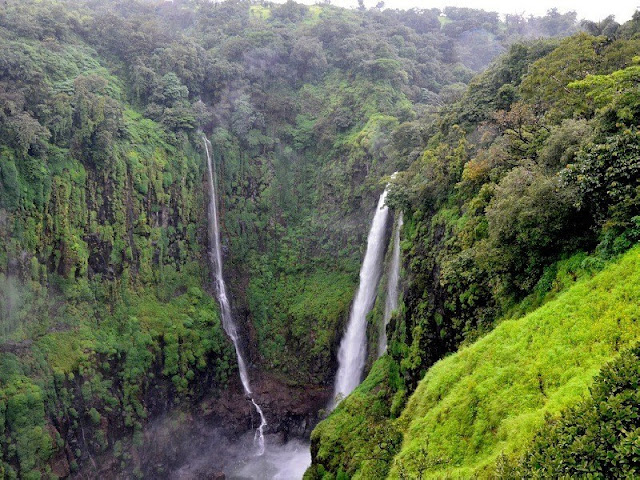 Satara, located in Maharashtra, gets the name from seven forts which are in close proximity to the city. There are many tourist places around the city that have historical and cultural significance. A host of temples, forts, lakes, dams, museums as well as wildlife sanctuaries make Satara a wonderful place to visit. Satara district has world famous hotbeds of Ecotourism - one is, Mahabaleshwar and the other is Panchgani. Satara has a moderate climate and a fair share of rainfall throughout the year, making it even more favorable for tourists.

Sajjangad, located in the Satara district, occupies a place of historical importance. It is an ancient hill fort and a pilgrimage place. The fort was earlier known as ‘Aashwalayangad’ and was built by the Bahamani Emperors between 1347 and 1527 AD. Later, it came under the rule of Chhatrapati Shivaji Maharaj. It was renamed to Sajjangad after Shivaji Maharaj requested Sri Ramdas, the spiritual Guru of Shivaji, to set up his permanent abode here.
Within the fort, there are two lakes, temples of Lord Rama and Hanumana, a Math and the tomb of Swami Samarth Ramdas. Sajjangad also serves as a vantage point of breathtaking views of nearby villages and the town of Satara. Tourists can also sight the Urmodi Dam and its catchment area. The fort is situated on a hilltop and there are about 300 steps to reach the top, but the extra effort is definitely worth it.

KasPathar (also known as Kaas Plateau) is a volcanic lateritic plateau which now features as a UNESCO World Heritage Site. Renowned as the Plateau of Flowers, KasPathar is a popular picnic spot among nature lovers and is a sight to behold in the monsoon. Interestingly, the plateau was formed by volcanic activities which are the reason for its unique flora and fauna.  There is a beautiful lake called Kaas situated towards the south of the Plateau, which is a must visit. To visit Satara, you can book cheap flights to Mumbai and then take a taxi or a bus. If you want to stay a day before departing to Satara, you can find cheap hotels in Mumbai online.

One of the most popular waterfalls in Maharashtra, Thoseghar Falls is located in the Satara district. It drops through a series of cascades from an elevation of about 500 m into a deep gorge. This waterfall can only be seen in monsoon and is famous for its quiet and beauteous natural surroundings. There is a picnic spot nearby and also a newly constructed platform which gives a mesmerizing view of the waterfall.

One of the largest windmill farms in Asia, Chalkewadi Windmill Farm was developed to generate clean energy. There are about 100 windmills and these are spread out across 5 km. These windmills supply electricity to neighboring towns like Mahabaleshwar and Panchgani. Chalkewadi is now popular among tourists because the windmills and the lush hills make for a lovely landscape together. Even the Thoseghar waterfall can be seen from Chalkewadi.

Satara is, certainly, a hidden gem of the state of Maharashtra. Make sure to put it on your travel bucket list!

Beautiful place and you shared good information about that place. Its really enjoyable and stunning photos you shared.

Nice post. Surely in this post you have explained about why content promotion main for seo author. I have charily read this post and I am fully agreed with this post. As an expert writer I much value this article. In fact now I am works as a freelance content writer at cheap essay writing service. As a writer who works mostly remote I want to add a couple of extra tips for distance learning: you can create online coalition groups, use leaders to fuel friendly fight, allow learners to choose their own learning path, and my choice – transform online tasks into games . Definitely during this post you've got sharing vital construct of online page writing. As an author I’m whole agreed and worth these post. I needed to send you this very small note to at last say thanks once again for that notable in order you have known on this page. It’s quite really open-handed with you giving freely what right many people would've spread as an e-book to make some cash on their own, even more so consider that you might have tried it in case you desired. The plan as well worked as the fantastic way to fully grasp other those have a related keenness just as my own to see very much more when it comes to this issue. I am certain there are many more pleasant chances in the future for those who start reading your website. I have been works during this sector over seven years. My passion is about writing and serving to students for pretty their writing skill. However, I am very appreciated you for sharing this skilled post for us. I intended to put you a very little study to be able to say thank you once again just for the amazing views you have shared in this post.